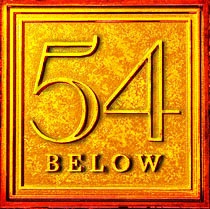 New York-based singing sensation Hilary Kole appeared,among a stellar lineup of performers during July and August 2012, for a very successful week’s run, at a new performance venue in the grand tradition of New York City nightlife, 54 BELOW(254 West 54th St NYC). Hilary’s run was Tuesday through Saturday, August 14th through 18th at 8:30 pm with a late show on Friday, August 17th at 11:00 pm.

Stephen Holden of the N.Y. Times wrote of this tune …“She found her mojo in a devastating performance of the Burt Bacharach -Elvis Costello ballad “God Give Me Strength,” introduced in the 1996 movie “Grace of My Heart.” It is a song that can only register if invested with an operatic intensity, and Ms. Kole rose to the occasion with an anguished performance …” (More here)

And “Hold Me Close” an Original song written by Hilary Kole

WILL FRIEDWALD wrote in the Wall Street Journal-Aug 16, 2012:
“What Hilary Kole does well, she does very well: like opening with a string of familiar showtunes retrofitted with robust new arrangements (including a slyly modal “Cabaret”) that showcase her exceptional voice and hard-swinging approach, yet never compromise the core of the songs. She’s warm and intimate on John Wallowitch’s “Come a Little Closer,” and stretches “50 Ways to Leave Your Lover” to “Bohemian Rhapsody”-like proportions without leaving the audience behind….” (More here)

And listen to this audio podcast

About 54 Below- It’s was a tough year for cabaret lovers, since The Algonquin Hotel shuttered its famed Oak Room, where top-tier entertainers performed. Filling the void is 54 Below, a new supper club with a louche, speak-easy feel and appropriately tawdry location beneath what used to be the infamous nightclub Studio 54.

54 BELOW provides an unforgettable New York nightlife experience, combining performances by Broadway’s best with world class dining in an elegant setting. 54 BELOW is becoming
Broadway’s living room; a home away from home for Broadway professionals and audiences combining grace and style in an intimate environment.

54 BELOW features up to three shows nightly as well as a late night lounge. Accommodating 144 people in the main dining room, with all tables no more than 24 feet from the stage, the facilities include the capability to broadcast and record audio and video.