Described by Fred Astaire as “the greatest entertainer who ever lived,” Judy Garland attained international stardom throughout her amazing four-decade career as an Academy Award-winning actress, recording artist, and performer on the concert stage. Relive the timeless wonder of this American treasure as the remarkable Hilary Kole conjures up the spirit of Judy Garland in a stunning performance. Hailed as a “musical marvel” (NY Observer), Hilary Kole brings Garland’s most beloved songs to life, taking us on a musical journey through some of Judy’s classic films such as Meet Me in St. Louis, Broadway Melody, A Star is Born, and The Wizard of Oz. Come experience the music of an American icon who was one of the most singular talents of the 20th century

What some attendees posted on Hilary Kole’s Fan Page during & after this performance: CHRIS wrote

ABOUT “Over the Rainbow: A Musical Tribute to the Artistry of Judy Garland” 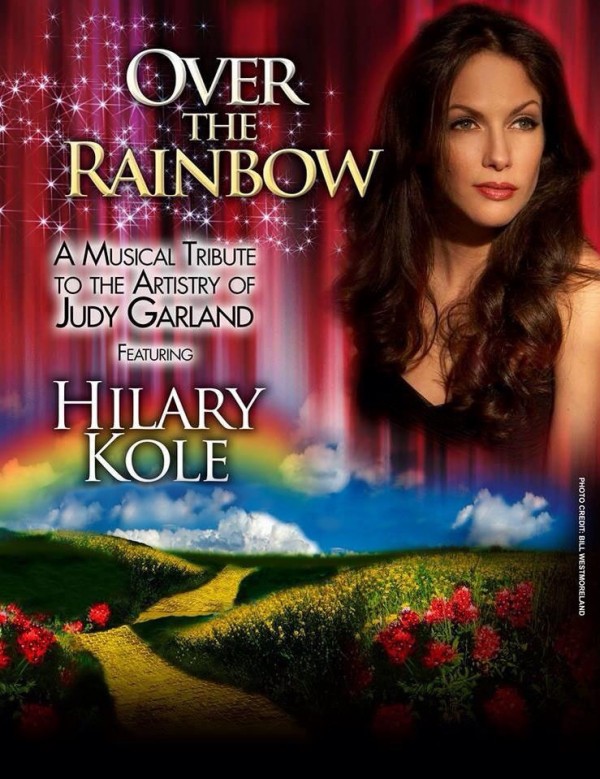