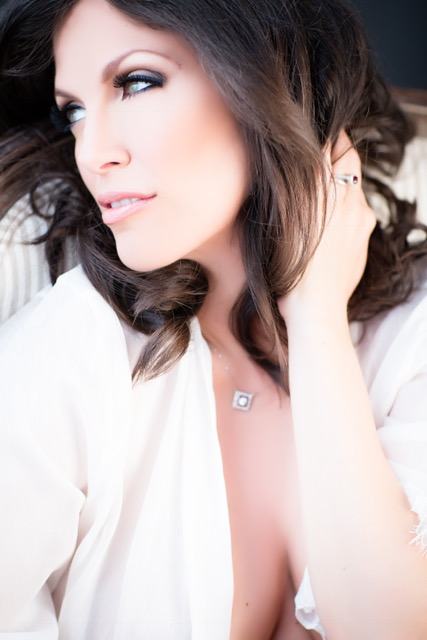 Without You  (audio clip)

Now available for download on iTunes & Amazon and other Digital Media

Since launching her performing career as the youngest singer ever to grace the stage at NYC’s legendary Rainbow Room, Hilary Kole has conquered the hearts of jazz fans throughout the world with her intimate piano and vocal performances, themed shows with her jazz ensemble and special concert hall symphony performances. Capping nearly a decade of popular, critically acclaimed recordings showcasing her storytelling panache via fresh interpretations of pop and jazz standards, the multi-talented performer launches the next phase off her storied career with the infectious and emotionally compelling new pop single “Without You” – set for release February 2 on iTunes, Google Music and other digital platforms. There will be a pre-release on January 24.

Showcasing a more intimate side of her artistry than any previous release, Hilary co-wrote “Without You” with fellow multi-talented New York singing sensation Devin Bing, whom HuffPo has proclaimed as “a total original with the charisma of a ‘Golden Age’ entertainer.” Devin also produced the track and plays the haunting piano that introduces Hilary’s narrative of facing the crippling enduring realities of heartbreak and finding the renewed strength to move on in a healthy positive way. Driven by their similar backgrounds (she went to Manhattan School of Music, he to the University of Miami to study music) and a sharply intuitive musical chemistry, Hilary and Devin are currently working on several follow-up singles that they plan to release throughout the winter and spring 2018.

“I have never worked with a vocal producer like Devin before,” Hilary says. “On my earlier studio recordings, I would play off the band in a very similar way to what I did live. But doing pure pop as we are on ‘Without You’ was a totally different thing that took me to deeper places within myself. Devin set the bar really high and kept encouraging me to bring more power to the performance, saying ‘You can belt this.’”

Longtime Hilary fans know that in addition to being a brilliant song stylist and interpreter, she is an accomplished songwriter who has included in her shows original material among the Gershwin, Porter, Bernstein and Mercer pieces for the past five years. “Though I’ve made my living as a jazz singer,” she says, “I’ve sung a lot of pop songs, too. Most people don’t know that I studied composition in school and have been writing my own music for a long time. When you become known as an interpreter of standards, it’s a challenge to get people to see you in a different light.

“As much as I will always love singing those tunes, as I get older I am more excited than ever to break out of my comfort zone and explore all artistic colors. I’ve been fearless with other people’s music, and it’s taken me a long time to gain the confidence to share my own songs with the world. I felt like ‘Without You’ was the one that called out to me, and I asked myself, “what am I waiting for?”

In addition to headlining famed NYC venues as Town Hall, Birdland, The Blue Notes, Iridium, Jazz At Lincoln Center, The Jazz Standard and Carnegie Hall (with the New York Pops and with Michael Feinstein), Hilary debuted at the Oak Room at the Algonquin Hotel as the co-writer and star of the critically acclaimed, Off-Broadway revues “Our Sinatra” and “Singing Astaire.” She made her concert hall debut at Lincoln Center as part of the “American Songbook Series”.

In June 2007, Hilary appeared at Carnegie Hall in a Tribute to Oscar Peterson, a performance reprised in January 2008 at the Canadian Memorial to Dr. Peterson at Roy Thompson Hall alongside Quincy Jones, Herbie Hancock and Nancy Wilson. Globally, she has headlined at the Umbria Jazz Festival, The Montreal Jazz Festival, the Nairn Jazz Festival in Scotland, and the Cotton Club and Blue Note in Japan. In 2016, upon releasing The Judy Garland Project, she toured the U.S. and Asia, performing Garland’s iconic repertoire with a small ensemble group and orchestras. Hilary is currently writing a new show for orchestra based on the top female composers of the past half century, from Peggy Lee to Alanis Morissette and Heart.

Her previous discography includes the John Pizzarelli produced Haunted Heart (2009); You Are There (2010), featuring vocal piano duets with legendary jazz pianists Dave Brubeck, Michel Legrand, Benny Green, Cedar Walton, Hank Jones and others; and the deeply personal A Self-Portrait (2014), which included interpretations of contemporary pop classics from the rock era.