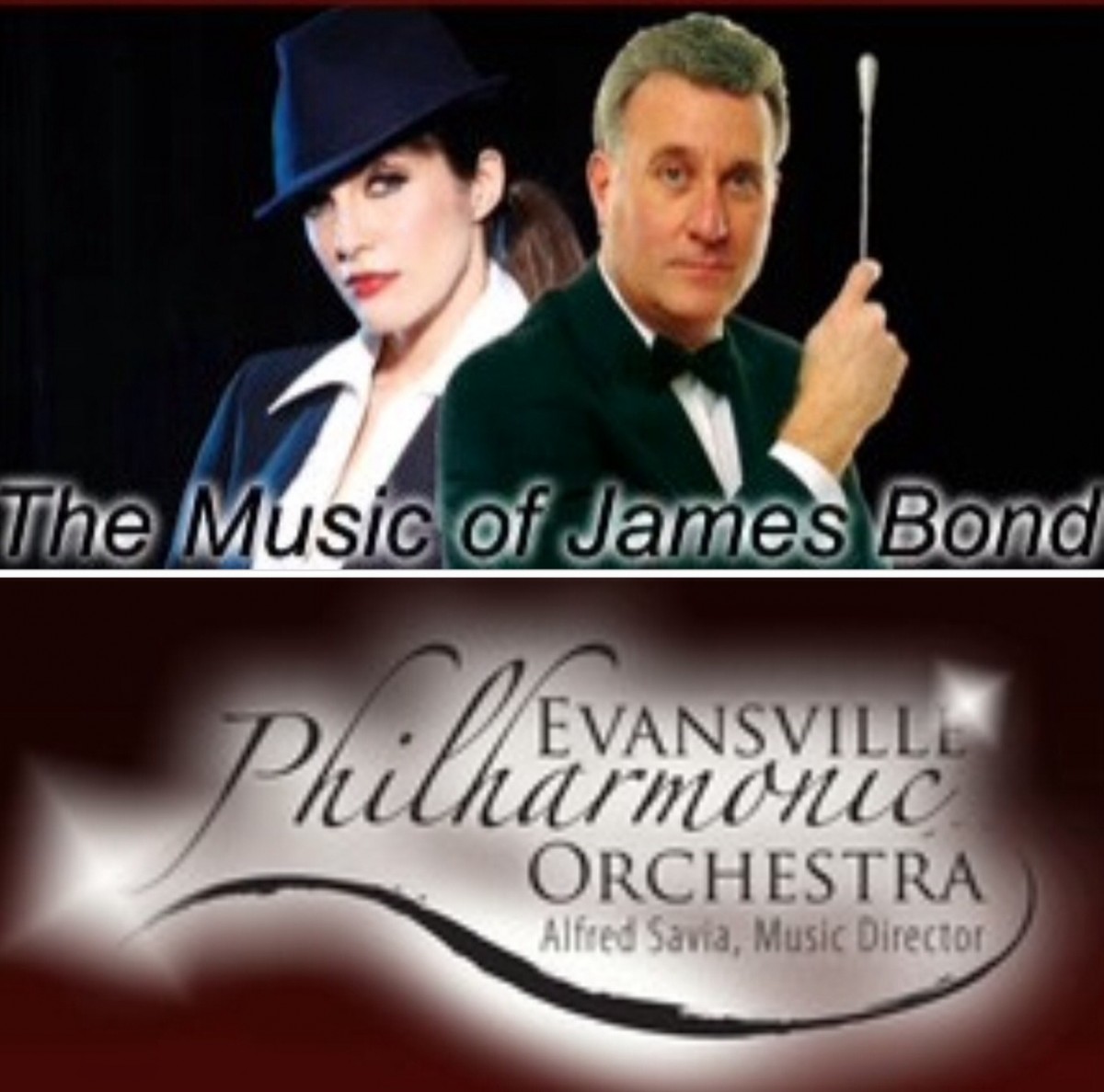 Kole and the orchestra, conducted by Alfred Savia, swept Saturday’s audience through big-screen overtures, torchy theme songs and evocative background scoring from 14 of the two dozen James Bond movies released over a half century.

The entire program, which Kole has developed and honed with other orchestras, featured arrangements by Nic Raine. The singer upstaged everyone on The Victory stage, embodying the allure of the come-hither Bond Girl in a running commentary and song introductions. She struck an easy, engaging rapport with Saturday audience of 1,125, sharing her own memories of Bond movies, conducting an applause poll for the favorite Bond (a cacophonous win for Sean Connery) and even getting some to sing along for one selection.

She kept it up through nine songs and four costume changes that featured slinky pewter, black mesh, white feathers, midnight blue sequins and a dazzle of jewelry.

Her song selections included a soaring “Goldfinger,” a roaring “GoldenEye,” a purring “The Look of Love” (from the 1967 Bond spoof “Casino Royale”) and a stirring (but not shaken) “Skyfall,” the closing vocal in the program, which ran an hour and 42 minutes, including a 20-minute intermission…..” 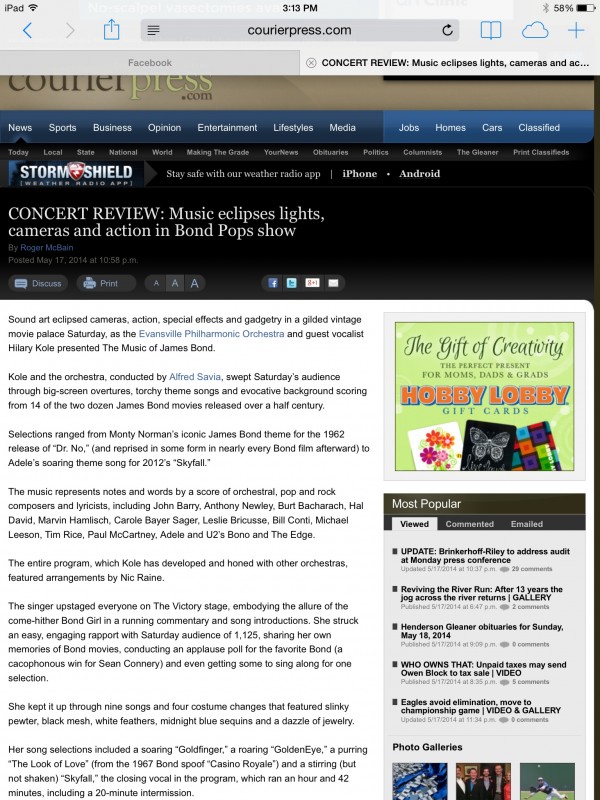